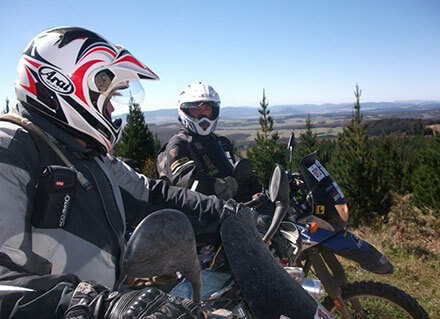 This is the system that DSMRA predominantly uses on our rides, it allows you to go out on a ride without actually knowing where you are going and you don't have to use any maps. Think of it as a kind of elastic chain that moulds and forms its way until it reaches its destination. A cornerman system can be maintained for as little as 2 riders to many, more details below.

Always follow the trail in front of you; do not take any sidetracks, major or minor unless indicated by a cornerman.