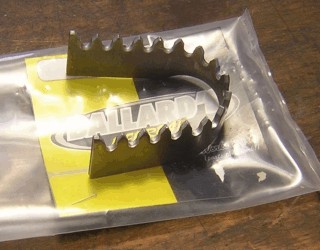 Riding a motorcycle effectively, among other things, is a confidence thing, and being comfortable contributes to making you feel in control and therefore confident. Being tall, top heavy, and having a stiff arm, I wanted to lower and set back my pegs somewhat on my Husabergs and to increase the platform on the wife's XT250 and then her later KLX300. A larger platform makes for more support, and therefore more comfort. Lowering and rear setting the Berg pegs, in conjunction with higher bars and seat, gives a superior, more 'triangulated' and balanced standing position. I have found the Ballard's peg re-builders, at about $30 a pair, and some shed time gives some useful benefits. One of a pair is in the picture here. 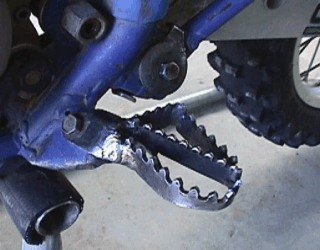 On the 501 some work with the oxy resulted in the top of the peg being lowered about 10 mm and the front of the peg going back about 20 mm. It's now much easier to stay standing, and keep my weight forward. If doing this, check things like your kick start will still swing OK.

The original peg location was centred on the mount. The first jumps were easy ones until I was confident that they were attached! 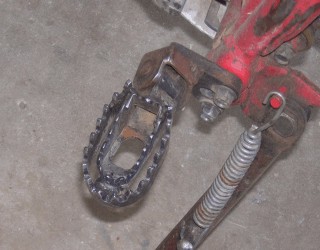 The XT250 with some Mig work this time gave me the following result.

Note that the fore/aft position of a peg is largely defined by the position of the rear of the peg as it locates the instep of your boot. This resulted in the pegs then effectively being rearset 10 mm on the XT. 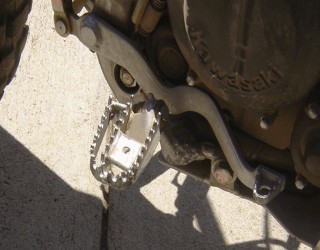 The next ones I worked on were the wife's then new KLX250/300. For these, I cut one peg builder in half and achieved the following (see left).

This moves the boot instep back about 14 mm and is far more comfortable when standing. 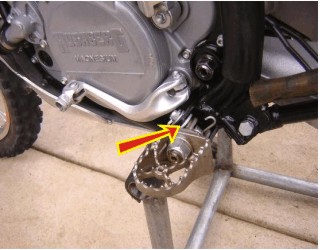 My 650 came with some KTM/Berg adjustable pegs, which are, disappointingly for me, predominately designed to move the platform up and back. Some work with a file and grinder however got me somewhere towards where I wanted them.

Note that with these I ground off the lower boss on the peg pivot and replaced it with the washer on the top. This can be done on any peg of this style and will give you some down and back movement with the tradeoff being ultimately more wear due to less bearing area on the pivot pin 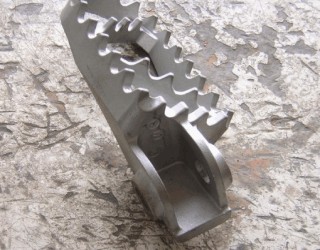 Below is a picture of a standard peg that might give you a better idea of what I'm going on about. 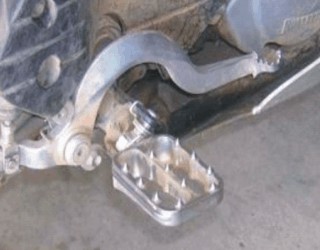 If you feel off balance when standing, then some lowered and rearset pegs may be part of your solution, they certainly have been for me.